A couple of days ago I was talking to a good friend about the reliability of modern cars.

Some manufacturers have always been known for not producing the most reliable cars in the world. Note, I am not questioning how the car handles or drives, whether they are fun or not, but only talking about RELIABILITY.

For example, Porsche’s fans and owners always took proud in saying that Porsches are more reliable than Ferraris.

Nevertheless, nowadays, manufacturing cars with problems is not something that can be associated only with italians. Obviously, in 2010, Ferrari was a victim of jokes of bad taste due to the fire incidents with the 458 Itália. However, both Mercedes Benz and Audi also had their issues when releasing their pure sports car (SLS and R8, respectively); and Porsche did not have too much time to enjoy the moment, since the 991 generation of the iconic 911 has presented some issues of its own, as seen with the engine failure of the new GT3. 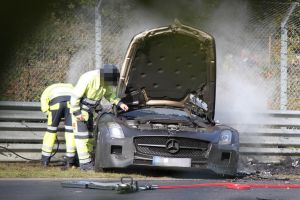 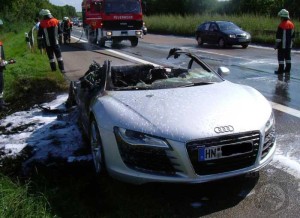 Now, do not fool yourself by thinking that early projects’ problems are a recent thing in the automotive history. If you take a closer look of this type of incident for the past 25 years, you will see that several models during the 90’s had manufacturing defects and these were all coming from manufacturers throughout the world – Germans, Americans or Italians, regardless of the price tag.

The reality is that early project’s defects or problems have always been present in the automotive industry, but, in my opinion, the incidents have been more frequent since the beginning of the 2000’s.

Some say that Internet has changed the game, given that access to information, nowadays, has much less filters and is made within seconds. If car is on fire or has some weird problem in Japan, people will know about it immediately by reading specialized websites. I agree with this argument, however, this is not the only reason.

I believe that although technology has great benefits, it also makes things more complex. Specially in the last ten years, cars went through a transition from being essentially mechanic and analogical machines  to being more electronic and digital. There are countless miles of wiring inside a modern car, interconnecting all of its electronic brains – the ECU that handles traction and stability controls, suspension and driving modes has to talk with the computers that manage all luxury and amenities of the same car.

Yes, manufacturing processes are more automated and the human factor is diminished, however, the amount of testing and items to be checked so the car may function in accordance with specifications are much more complex and numerous. Countless ECUs need to talk to each other as soon as the car is ready to be sold and they should continue to talk, at least, until the warranty time is elapsed.

Don’t get me wrong, although I am a great admirer of modern technology, it is a type of engineering that I struggle to understand how it works. In terms of electronic engineering, we are talking about components that function as programmed without an expiry date for things to go wrong until one day they actually go and there appears an “error” or “malfunction” code (when it appears). Think of you personal computer: there are times when things just start to go wrong and you just need to format or reset it.

Back in the day when we were dealing with mechanical engineering, you could at least understand how things worked more easily – it was a component linked mechanically to another part that would function until one of it breaks or gets old. Breaking in that context was something more predictable. You could have a sense of how long it would take for a certain component to wear down.

Currently, digital and electronic technologies can make a car have 500 types of massage for its passengers in the backseat, but have a concealed “error code” that requires the gearbox to be reset and re-installed with less than 6,000 miles and two years of use. It is the same technology that will make your brand new SUV act crazy and fail to control its suspension high selector on the left side. What caused the issue in both cases?

At this point you may wonder that the modern diagnosis machines of the manufacturers easily detected the issue and presented a magical solution. Not exactly. The solution, obviously, solved the problem in both cases, but no one could explain how the problem came up in the first place.

These countless modern electronic systems make new cars, out of the blue, stand rock solid parked without no apparent mechanical failure. Maybe you need to update the software, because the license has expired?

My conclusion is that modern cars will always demand more technology, perhaps until the point that driving may turn out be an prehistorical thing of the twentieth century. The pressure for new lines and models makes manufacturers speed up release dates of new generations, filling their cars with new gadgets that would require some more testing before being put into production.

There is not much to do. Even if some technology reaches a certain reliability standard, there is great chance that it will be considered obsolete by then and substituted by a new tech that requires some more tests.

On the other side, how manufacturers handle the situation is something that can be observed and praised. Fortunately (or not), I am not paid by any brand to say good things about their products and this gives me some neutrality to talk about the subject. There are brands which will acknowledge the problem and take all precautionary measures to solve it in the least detrimental manner to the consumers. Nevertheless, there are those other brands which will conceal the problem, refuse to acknowledge the necessity of a recall and leave owners unassisted or claiming misuse and voiding warranty coverage.